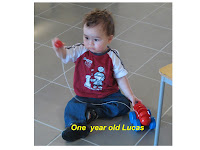 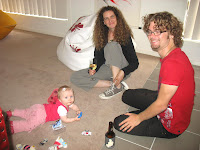 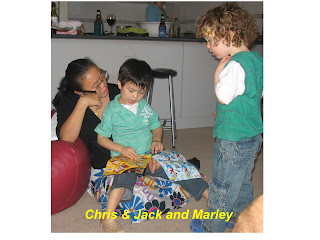 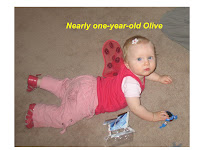 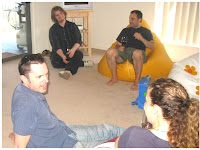 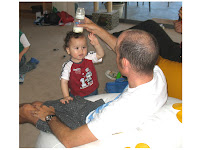 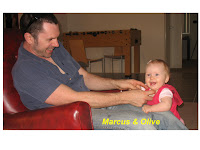 Some trips to the city to catch up with friends, sisters and a Williamstown Little Theatre show have been fitted in between ASOB work and that’s about it. There doesn't seem to have been a lit of time for anything apart from the work on Absolutely Silly Old Buggers and I'm desperately looking forward to the time when I can relax and start thinking about ANYTHING else! (But, of course, I wouldn't want it not to be happening! No way!)
return to: http://www.gillianmwadds.com.au/ www.sillyoldbuggers.com.au
Posted by Gillian at 6:59 PM No comments:

WHY did I think I’d need something I called “A two-headed blog”? I haven’t had time to write even one entry since Christmas – much less two!
But now the time has come to at least try to bring things up to date – in the theatre world and in the family world.

THEATRE UPDATE:
Absolutely Silly Old Buggers has kept me on my toes almost continuously. Apart from being Producer, I’m also (through lack of budget) Publicity, Marketing, Liaison, and general dogsbody for any and all tasks that need doing.
That is, apart from the actual production. Fortunately that’s in the capable hands of four wonderful actors and a Director and Musical Director who are all dedicated to getting the show on successfully. (see the website: http://www.sillyoldbuggers.com.au/ for all the details about the crew).

NO SPONSORS BUT ….
For two weeks from about mid-January I tried for sponsorship – to no avail!
There WERE a couple of companies who said they were interested and who MIGHT be able to help – but in the end they regretfully declined. The pressure of the ‘economic downturn’, they had ‘no marketing budget this year’, and ‘try us again next year’ were the closest I got to getting some real money.
I have had terrific support from friends and theatre associates though:
Rob & Terttu Mancini of Evergreen Design for the design of logo, brochures and poster;
Andrew Singer of Titanic Entertainments (http://www.titanic.com.au/) for distribution of brochures to his audiences every week;
Conrad Wadds, who’s been updating the website when necessary (apart from setting it up originally) and has recently added the latest photos and some other 'thank-yous'.
Ideal Tools (family member Anthony) who is including a couple of tickets to ASOBs as a special bonus give-away for big purchases, thereby giving us quite a lot of internet coverage by putting us on his website (http://www.idealtools.com.au/) and linking to our SOB website.
All members and committee of the Williamstown Little Theatre (http://www.wlt.org.au/) have been wonderfully supportive, too by offering to print and distribute my brochures during their recent season when the professionally printed ones weren’t available, and by offering furniture for the set and support with a social-club block booking.

REHEARSALS:
While our MD is overseas, Mike Downes from the earlier workshops has been assisting us as rehearsal pianist and the cast have spent a couple of weeks working on the music. Production rehearsals are to begin very soon.

PUBLICITY:
We’ve recently had new photos done and uploaded onto the website and had a studio recording session to put down four of the songs so we can promote the show to radio stations, TV shows, etc. 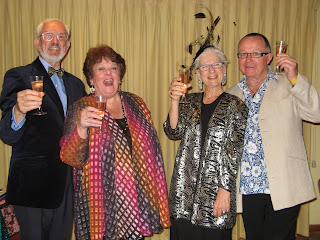 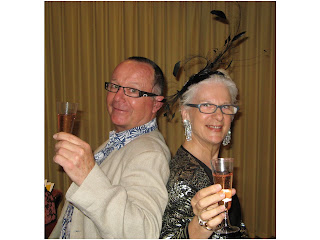 Print Media: We’ve already had coverage in The Senior Newspaper and COTA News – both papers aimed at the ‘more mature’ person who we expect will be our major audience. Local papers in districts where each of the team live will be the next targets.

Radio: An interview with two of our actors has been arranged on “The Score” a music program on Thursday, 2nd April from 9 to 10 am. on 3MBS-Classic Radio (103.5 FM). It’s only just getting close enough to organise these things and I’m hoping to get some coverage on the ABC and commercial radio as well.

Posters and brochures are arriving early next week so I’m aiming to hit the phones and have a chat to social organisers at retirement villages. Then I can send some out by post as a follow up.

BOOKINGS:
Bookings have started and a couple of block bookings have already been made by social clubs. I’m currently chasing a few more of those.

But I still wake up in the middle of the night and say: What if nobody comes?????

NEXT WEEK:
MORE sitting at the computer and sending publicity and marketing stuff off occasionally broken by getting on the phone and selling the idea of group bookings to retirement villages.
I'm also about to make lots of phone calls to VIPs who might be persuaded to come along and see the show and pick it up as a commercial proposition.
If Menopause the Musical can do it - so can those four Silly Old Buggers!

Posted by Gillian at 6:29 PM No comments: