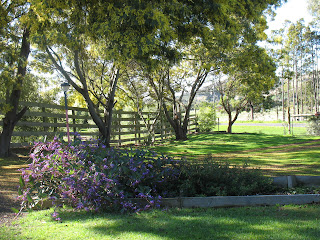 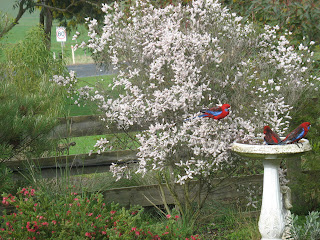 Yes, it's been two months since my last entry - but I have an excuse (of sorts!)
I have had the dreaded lurgi on and off for most of that time. NOT the flu but a dreadful cold-in-the-head which went away for a week or so and then came back again. Very annoying and somewhat debilitating.
Now I'm almost back to normal health and, just in case it attacks again, I'm grabbing this time to update the blog - very quickly!

Junior Novels:
No luck with the (possible) new publisher who was interested in taking them on plus the third in the series. The eventual decision was that it was too soon to republish the first two and they weren't interested in the third as a stand-alone so, sadly, that little door closed.
However, a whole bunch of fan letters from a school in Western Australia arrived which boosted my spirits enormously.
Year 7 Booklist:
I have also received confirmation from Lyndale Secondary College that their teachers and students are VERY happy with Chemical Leak! as their Year 7 novel and will be re-ordering for next year. They have also bought a class set of Sea Secrets because their students all enjoyed the first novel so much.
Television?
Not long after that, a TV Production Company expressed interest in Chemical Leak! for Children's TV. Right now, they are trying to market the idea to a TV Channel before they go ahead.
It's only a small possibility - TV is notoriously hard to 'get up' - but it's enough to keep me optimistic.

Silly Old Buggers:
The time has come for me to make a big decision! I have realised, at last, that I am NOT a Producer!
I look back over the past two years and see that I have been banging my head against a brick wall for very little reward and I really don't want to do it any more. I have had no time to do what I really want to do - and that is write!
I had a director, a musical director, a co-producer and three out of four cast - but I still had to have a lot more money to even get started. The more I got into the business of trying to get sponsorship money, investment money, booking venues, etc. the more I realised this was NOT what I do! I am not a business person and I don't want to be one.
The decision has now been made and I feel extremely relieved - so it must be the right decision.
Another Direction:
The script and score plus all development and support material is now on its way to a number of production companies which have expressed their interest in looking at it all.
Maybe it will just disappear into the mists of time or maybe it will survive. Who knows? All I know is that I can now get on with my life. Whew!

"Treechange - and other stuff"
Other stuff involves husband, family, new grandchildren, garden and many, many other things in my life.
Family all seem to be surviving this very cold and wet winter - albeit with a number of colds etc. which they happily have passed on to me! How generous.
The garden is LOVING the rain. Apart from a few vegies, it's nearly all Australian natives and they are doing magnificently. Maybe next time I update my blog I just might have to add some photos of my favourites. Well, everything is my favourite at different times. Right now the wattles are out and they raise the spirits with their gloriously bright gold branches sparkling all around us on the darkest days. And there are correas and grevilleas and thryptomene and banksias and eremophilas and the bright purple Happy Wanderer - I could go on and on ...
Photos:
Maybe just one or two photos - and then I must away to plan my next writing efforts.
Well! I've just uploaded the photos and they have gone up the top. It doesn't really matter. I'll leave them there because I haven't got time to fiddle with moving them.
Return to: www.gillianmwadds.com.au

Posted by Gillian at 4:48 PM No comments: